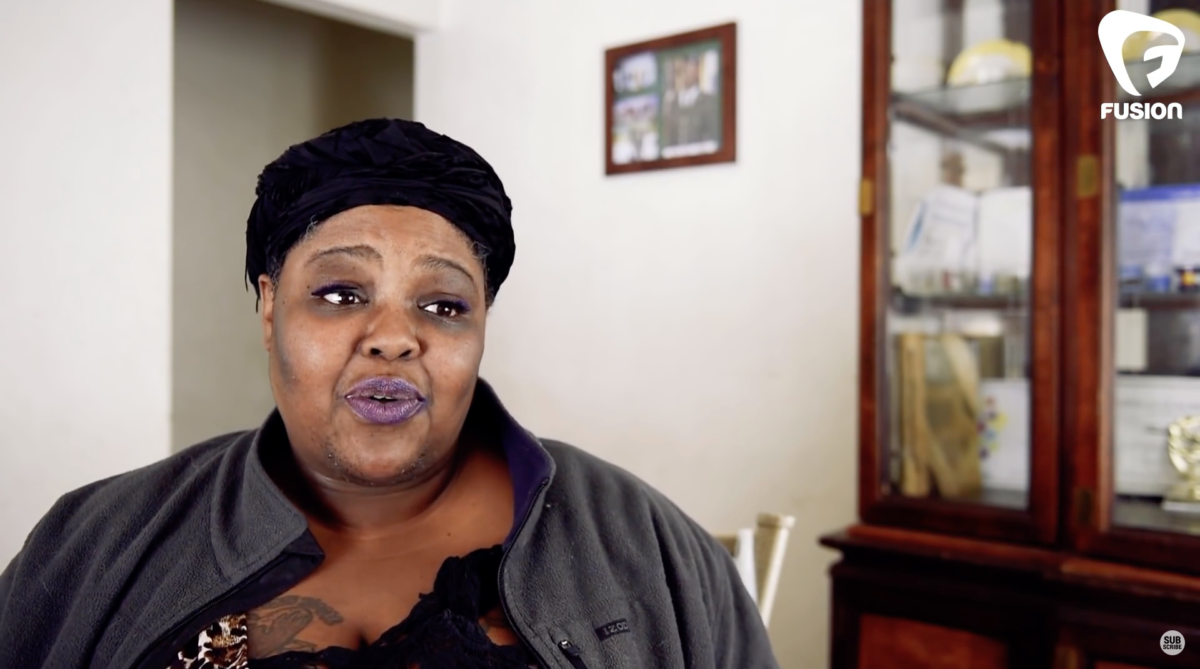 During the city of Detroit’s bankruptcy, to satisfy water department creditors, the city’s water department began to cut off the water to people who were past due on water bills. The residents facing shutoffs were disproportionately low-income, long-term Detroiters, saddled with decades of deindustrialization, public disinvestment, racist housing practices, environmental injustice and the erosion of living-wage jobs. Detroit Minds Dying explores how regional racism caused a city to make tremendous sacrifices in service of urban “comeback” narratives, and how predatory finance capitalism hinders access to and affordability of basic human necessities, like water.

Detroit Minds Dying was developed as an organizing tool and produced in collaborations with numerous grassroots and advocacy groups, including Detroiters Resisting Emergency Management, The People’s Water Board and Michigan Welfare Rights Organization. The continuously evolving film was screened, filmed and edited in an ongoing fashion. The website enabled people to isolate sections of the film and delve deeper into questions through additional interviews, documents and film segments.

The project can be accessed at  detroitmindsdying.com.  During the course of the project, I filed suit against the Detroit Water and Sewerage Department for withholding public information related to the water shutoffs. The lawsuit resulted in the release of previously-withheld public documents detailing the amount and locations of water shutoffs throughout the city.

The research for the film created the foundation for the We the People of Detroit Community Research Collective’s Mapping the Water Crisis publication, which was used by Henry Ford Health Center to map the public health effects of water shutoffs. Excerpts from the film have also been submitted as legal evidence in court cases and screened for United Nations Special Rapporteurs. 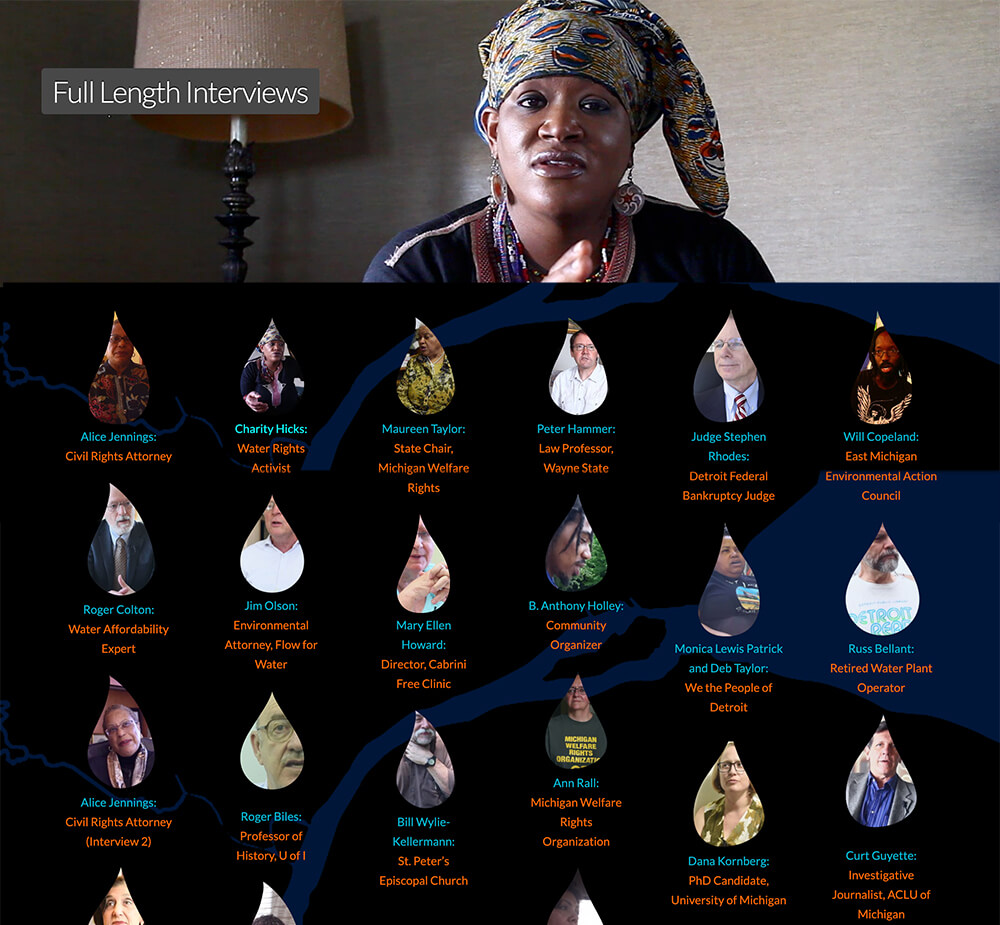 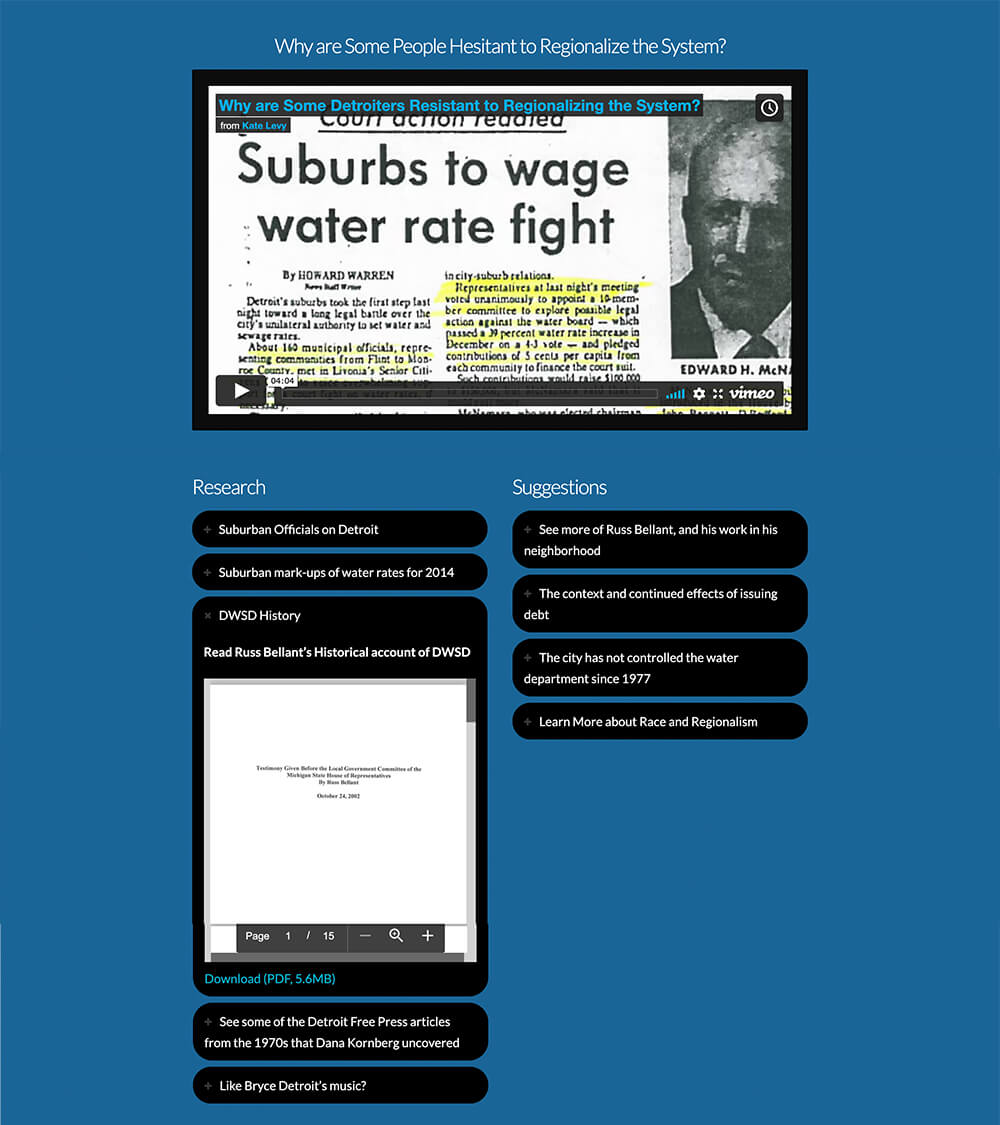